The Babelsberg Observatory conducts painstaking analysis of astronomy experiments to identify phenomena in the data.

In most scientific disciplines, data are gathered in a matter of weeks or months or even in an afternoon. The science of astronomy, however, deals with sets of observations that can span decades or centuries. Researchers in most areas of science manipulate, test, and analyze variables according to a planned experimental design; researchers in astronomy, however, must perform repeated painstaking analysis of data that have seldom been collected with any thought of analysis in mind. The essential difficulty in this research is in identifying the phenomena contained in a data set, since patterns may be obscured over hundreds of years of observations. It is impossible to know for certain whether one has picked out the correct information.

One famous difficulty in astronomical research is the solar neutrino problem, a puzzle that has baffled astrophysicists and other star-gazers for almost twenty-five years. The problem consists of a discrepancy between the solar neutrino flux calculated from standard solar models and the flux that is actually recorded: theory is not matching observation, and astronomic researchers all over the world have been struggling to figure out why not. Dr. Hans Joachim Haubold, at the Babelsberg Observatory in Potsdam, Germany and at the United Nations' Outer Space Division in New York, hopes to solve this puzzle 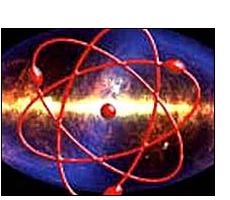 by applying Fourier analysis to observed neutrino flow data. He thinks he might find some periodicity that will explain the discrepancy.