Silicon Engines is partially responsible for the SETI project which NASA is conducting to search for evidence of extraterrestrial life in the universe.

Since the advent of space travel the question has persisted as to whether other intelligent life exists in our universe. Recent discoveries in astronomy and physics have suggested that planetary systems are the natural result of star formation. This, along with the discovery throughout interstellar space of more than seventy different molecules necessary to the chemistry of life, support the hypothesis that life could have evolved in other solar systems. 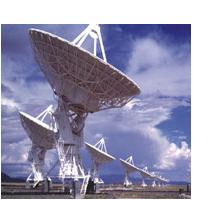 In commemoration of the 500th anniversary of Columbus discovering the new world, the National Aeronautics and Space Administration (NASA) deployed a system to detect signs of extraterrestrial civilizations in the universe. This project will try to determine if any planetary systems in orbits around the 400 billion other stars in our Milky Way could support life.